“This Jazzy and sultry singer keeps you in your seat!” - L.A. WEEKLY

“She will WOW you!” – Norway Rock Magazine 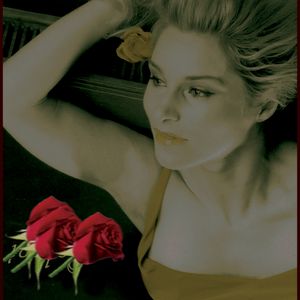 Solvei (Soolvai) is a jazz and world music artist with a global following, and has nine internationally released albums.   She is a Los Angeles Music Awards recipient, a World Music Awards recipient and endorsed by Amnesty International for her song "Leonard Peltier".  Solvei lived among the Native American people on the Indian reservation in New Mexico, which inspired some of her tribal inspired music compositions.

Solvei began her professional career as a dancer in Oslo at the age of 11, performing in the Norwegian Opera Ballet's Christmas productions.  By age 23 she had more than 50 shows and had over 1200 consecutive large stage performances under her belt, spanning from the Scandinavian cabaret /Musical stages to five regional tours with the Norwegian National Theatre Touring Company.  Solvei was one of five regular cast members of the Scandinavian legendary Dizzie Tunes Show.

Solvei's career has given her the opportunity to work with respected artists such as Grammy winning jazz vocalist, Kurt Elling, The William Eaton Ensemble, Sir Elton John and seven time Grammy nominee Will Clipman.  Clipman, Eaton and Solvei are in the midst of writing and recording her tenth album. Solvei has performed on ABC TV, PBS, NPR, and was in an eight part Norwegian documentary TV series featured her work.

Solvei  - an American and Norwegian citizen, grew up for the most part in Oslo, Norway, born into a family of professional opera singers.  Life was constantly filled with music, from Verdi to Bartok, to Ellington and Brubeck.

Her childhood was spent back stage at the Norwegian National Opera House where she later made her debut as a professional dancer.  An artistic job offer brought her to France for two years, working with Sir Elton John among others.

Solvei's dance career got halted early and abruptly by a serious injury, and she was forced to rethink her career, which pushed her into a path in music, composing, singing and performing with her Los Angeles based band and her Arizona based band.
By 2005 Solvei started building a reputation as a passionate and unique artist.  The LA Times and LA Weekly, have garnered her with critical acclaim for her productions.

As an actress Solvei also was featured in a Santa Fe production of "Wolf in Camp" alongside American Indian actor Wes Studi (The Last of the Mohicans, Avatar).

In 2007 Solvei collaborated closely with the American Indian political prisoner Leonard Peltier and his family. The work resulted in writing, recording and performing the song "Leonard Peltier" which got attention from Amnesty International.  Solvei is deeply involved in American Indian causes, as well as animal rights, with a passion for removing all factory farms.  She became a vegan in 2014, and is a spokes person for a plant based lifestyle.

Norwegian TV did an eight part documentary series featuring Solvei 's yoga/ healing practice and teaching career, having taught yoga and meditation to a series of Hollywood celebrities.  She later became a content writer for various sports and fitness publications, and created a CEU course on teaching meditation for the NCCPTA/ISSA in 2018.

Solvei also produces music for yoga and relaxation.  She continues to write her own material and has recorded and produced  eight albums on her own label, Royal Dancer Music, and one collaborative album ("Worlds Within"), with seven time Grammy nominee, Will Clipman, and one more collaborative album currently in the works with Will Clipman and William Eaton, which both are nominated for a 2022 Grammy for Best Album of the Year".

Solvei's  album "MOSAIQUE" was  considered for a Norwegian Grammy (Spellemannsprisen).

Solvei performs regularly and her music is inspired by a multicultural upbringing. Solvei's main objective is to use music as a healing force and to bring positivity and passion through music and performance.